understanding the complex world where cryptocurrency, art, NFTs, gaming, and the metaverse intersect.

The Art World is busily moving to NFTs (Non-Fungible Tokens) and the new hot marketplaces are the NFT markets online. In this 4-hour personal mentorship, I will guide you through the entire process of turning your art in NFTs, listing it on marketplaces, and getting ready to sell your art for cryptocurrency. This is a many step process and we should spread it over 2-4 sessions using Zoom after the initial call. You will need the internet for this and a way to turn your work into digital format - I can show you how to turn digital media into NFTs but I can't turn a real world vase into an NFT :) Not yet anyway...

This is a chance to talk for ninety minutes about all things philosophical and existential. Pick my brain, twist our reality, or explore ideas that your relatives and co-workers may not be willing or able to understand. I promise not to judge. There is no idea that is not worth considering.

A unique 60-minute opportunity to:

Think of these 60 minute online sessions like your very own private session where you get my undivided attention to help you one-on-one. I will share ways that you can save money, maximize your time, and introduce you to some of the greatest locations and services that no one else will tell you about.

A unique 30 minute over the phone opportunity for you to:

A unique opportunity to work with me for 4 x 60 minute private online sessions. This package is for you if you know that you’ll want more than one session (plus it's discounted as a thank you for pre-booking sessions with me).

understanding the complex world where cryptocurrency, art, NFTs, gaming, and the metaverse intersect.

I've traveled a fair bit of the world, explored many of the great religions, and lived among the wealthy, the homeless, and the in-between. I've written books and screenplays, directed films, recorded music, played in bands, and I love to paint or make any kind of art. Creativity is my main mode.

I'm secularly spiritual with a great admiration for Buddhist philosophy and stoicism. I've whirled with dervishes, chanted with monks, and had religious drug experiences with atheists. Every perspective is worth trying to understand.

I am a disrupter and a rabble rouser, a shortish middle-aged bald man with skin that looks whiter and pinker than I feel. In meditation, I've determined that the actual me exists somewhere slightly behind and above my head. This body and mind are more like a shopping cart that the actual me is pushing around through the supermarket of life.

I enjoy VW vans, sailboats, islands, and very long walks. I especially enjoy eating and drinking among friends while outdoors. My ideal existence is something like an open air kitchen with no walls and a vaulted roof to shelter from the rain. I can spend unbelievable amounts of time watching stars, clouds, the wind in the trees, or the pattern of waves moving towards the shore.

I enjoy the ideas behind cryptocurrency, universal basic income, a border free world, and an end to toxic masculinity. I believe humans are made to work - it is what gives us meaning and fulfillment - BUT - I don't believe that employment and work are the same thing. We should work for enjoyment, not for employment.

I value relationships with broad visioned people. I believe in cooperative win-wins, expansive/inclusive vision, comradery, and ability to have fun while changing the world. I am on a lifelong quest for wisdom, knowledge, and positive relationships with people, planet, and being. I seek a healthy life of joyful liberty.

I co-created an amazing human! My daughter Sophia is my greatest delight.

I once hitched/hiked across Canada with no money, no sleeping bag, and just a small rucksack.

I created an entire fictional country in one novel and envisioned a beautiful future for humanity in another.

I envisioned, created, and brought to life an audio social network. VoiceMarkr.com is a social platform in progress - but it astounds me to see it alive and working in the real world.

I founded and published an activist magazine in Bellingham, Washington in the 1990s. Our mission was to use the internet and our print publication to connect creativity with conservation and activism. We were too radical and too early - but Gaiasopht is still one of my proudest accomplishments even though we decided to close shop after two years of struggle.

I once wrote an in depth article on a little known activist. Upon publication, her long lost daughter somehow came across the article and it enabled them to be re-united.

I want to buy or build a sustainable off grid home on the Big Island of Hawaii where I can live, work, entertain, host, and build.

I want VoiceMarkr to become one of the top social platforms on the internet. VoiceMarkr will be a place where users securely own their data, create powerful human relationships, and work together to create a more positive future.

I want to take a long term, multi-country trip with my daughter in which we explore new cultures and adventures together.

Read, listen to, and/or watch this:

I am a Baron of Sealand.

I own two large parcels on the moon through the Lunar Embassy.

I was born with all the bones of my skull fused. I was the second child in the world to successfully have a 'soft-spot' surgically put in place so I could develop into a normal child (at least in terms of physical development)

I want to learn more about:

We make and sell art that features Bald Jesus. Why? Why not?

VoiceMarkr is an audio social network that allows you to connect with people using the map and 30 seconds of recorded audio. https://www.voicemarkr.com

Building an NFT marketplace and resource for writers and authors with the LTH token.
https://www.litether.com
https://www.producthunt.com/posts/litether-lth-nfts-for-literature

I published this back in 2018 when most people who had gotten involved in crypto were deep in the depression of crypto-winter. There were suicides over these losses, though you probably haven't heard about them. 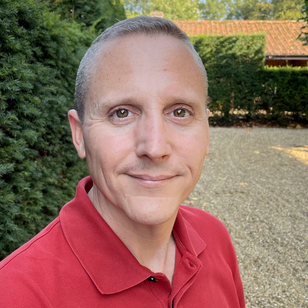 Time is never enough when you find amazing people like Chris to share meaningful conversations with. Chris is so knowledgeable on so many subjects and his kind spirit and passion permeates the exchange of thoughts and feel... 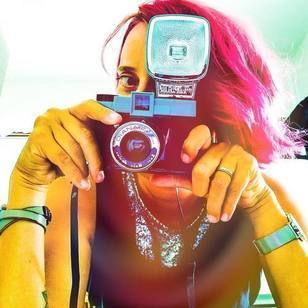 Christopher really helped me put my thoughts into perspective. He is not only intelligent, but very compassionate. He has a way of conveying his thoughts through a very concise manner. I went to him with a dozen questio...

Christopher really helped me put my thoughts into perspective. He is not only intelligent, but very compassionate. He has a way of conveying his thoughts through a very concise manner. I went to him with a dozen questio...

That was WAY to fun.

We touched it all and I left the ca...

Perry Knoppert, "The Octopus Dude", the specialist in neuro-diversity & multi-potentiality.

It's very simple, Christopher is amazing! Sometimes in life, you meet amazing people and you just know it within seconds. This is also the case with Christopher, we spoke about a lot of things, and his experience and intel...