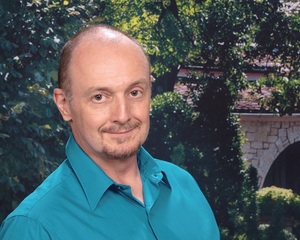 Helping you become comfortable with crypto.

I have always been a conscious entrepreneur, with lots of history and experience that I can share as it becomes appropriate to do so. I care about people, and believe in a win-win-win, best and highest good for all approach to my business and personal life.

A unique 30 minute opportunity to:

Who knows where this exchange will lead––I’m game if you are :)

Helping you become comfortable with crypto.

I have always been a conscious entrepreneur, with lots of history and experience that I can share as it becomes appropriate to do so. I care about people, and believe in a win-win-win, best and highest good for all approach to my business and personal life.

I was introduced to Bitcoin, and thus Blockchain in 2010, and then like most people spent two years convincing myself what a game changer this could be. Before very much longer the entire world's financial system will be on Blockchain. Thus I became involved with Bitcoin by 2012. Since than I have become the Executive Director of the Worldwide Distributed Ledger and Blockchain Coalition, and an advisor for the Beaxy Cryptocurrency Exchange among other roles. I own over 30 different Crytpos and continually keep track of the state of the market,. My preferred role is that of an advisor to the many people who contact me, and helping them improve their lives..

I have spent most of my career building businesses and managing teams. My early work focused on engineering, programming and systems administration with computers and information systems, experience that proved valuable to my business development roles.

Do you use an Android based phone? an Apple Product? Use Email and the Internet? Or have a website based on Linux, Apache, Perl, PHP, MySQL, Wordpress etc? Then you are benefiting from things I've participated in, as an influential part of a much larger community. I helped create the Linux Standard Base, Linux International, The Linux Professional Institute, Colorado Linux Users & Enthusiasts, the Alaska Computer Society, the Internet itself, and several trade shows among other things. Linux Journal even lists me as one of the "hundred founding fathers of Linux"​.

I've been involved with Linux and the Internet since the outset, years before Al Gore said the words "Information Super Highway". Prior to helping develop Linux, I worked for years with Unix as well as Microsoft and Apple products both since nearly their outset, and held a variety of systems support roles. Through this and other work, I have proven myself as a technology forecaster many times over. Over the years I have also had the liberty to do a multitude of interesting things, as evidenced by my profile here.

Specialties: Most notably, for over thirty years I have successfully anticipated the future as it regards technology, and then created and positioned systems & companies to support what was coming, with on-going open communications, and helping organizations grow. These have included LinuxMall, the Alaska Computer Society, The Linux Foundation, CREICO, NUSalaska, iA3, and now the Worldwide Distributed Ledger and BlockChain Collaboration (http://WDLABCC.org),

I have skiied competitively, freestyle.
I am working to create a tiny home community in Chugiak, Alaska.
For two seasons I was the night mechanic who rescued stranded groomer cats off the mountain, at wind chill temperatures of 100 degrees below zero and colder.
I once raced cars, and even built my own.
I am spiritual, but not religious.

Peter Schiff, a well known Gold Bug who has consistently been negative on Bitcoin talking in 2011 about investing 10,000 into Gold instead of Bitcoin, and the results of that decision over 10 years... 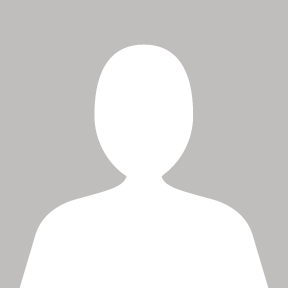 Mark is a very generous as well as knowledgeable teacher and educator. Mark knows a lot about linux as well as blockchain, given his 20 years+ of experience in technology.

Mark's level of knowledge in the crypto space is deep, sophisticated, mature, and incredibly interesting. It is no wonder that Mark is the go-to for his community when it comes to all things crypto.